Today’s Jevrejska (Jewish) Street is the end of the old Jevrejska Street after it was cut in half by the construction of Marsal Tito’s Boulevard, as well as a part of the old Futoska street that continued on it, to the intersection with Boulevard Oslobodjenja, constructed at the end of 1960s. The street is located on the route leading from the city to Futog, which two hundred years ago was more important than Novi Sad and the seat of a County.

The synagogue complex on Sauter’s plan is the 4th synagogue in the history of Novi Sad, and the fifth was built on its place between 1906 and 1909 and designed by a Pest architect Lipot Baumhorn, who also designed the Savings Bank Palace on the Trg Slobode Square.

The following picture shows the K&K military command building on the corner of Jevrejska and Postanska streets, around 1960, before the demolition of a series of houses and on the right side of the old Jevrejska Street due to the construction of the Marsal Tito’s Boulevard.

Today’s Cadastral building on the corner of Jevrejska and Vase Pelagic Street, built as a Customs House at the end of the 19th century:

Today’s Jevrejska Street used to be part of the old Futoska Street on the oldest plan of Novi Sad from 1745. A part of the street from Trg Slobode to the synagogue was changed to Jevrejska Street at the end of the 18th century, after in one of the first decisions of the newly established Magistrate: Jews were given a deadline to sell their houses and settle in a certain place, in Jevrejska Street. The name Futoška Street remained until the 1930s when it was changed to Kralja Petra II, together with Jevrejska Street. In the period from 1941 to 1944, Rakoczy Ferenc II utca, Futaki ut, and 1944-2000: JNA Street from Trg Slobode all the way to the Barracks on Futoški put, and from there first Edvard Kardelj Boulevard, and later Revolution Boulevard. In the 1990s, the names Jevrejska and Futoška streets and Futoški put were restored. 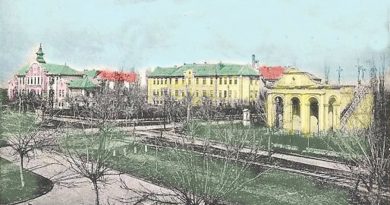 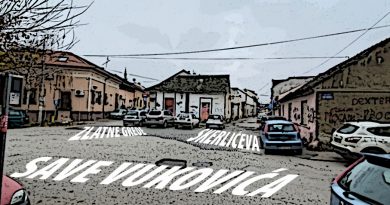 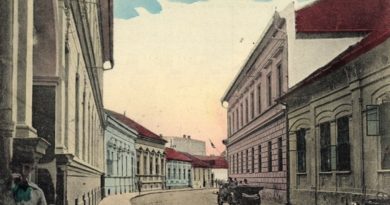