Novi Sad has been founded at the end of the 17th century, during the Great Turkish War (1683-1699), and since then, it exists in continuity to this day.
After the Grand Duke Karl Lotharingian pushed the Turks out of Backa in 1687, the building of a modern Petrovaradin fortress has begun, with a small bastion on the opposite bank of Danube to protect the pontoon bridge.

Some facts indicate there was a settlement here during the Ottoman rule, as well. On the oldest city map from 1745, the present-day Pasiceva street was called “Velka Charshia” (Charshia – in Turkish means street), and at the end of the street was the Han, in the Ottoman empire a place to stay overnight for the traveling merchants. This street was on the road to Segedin, back then a provincial capital in the Ottoman empire.

Since it was against the law for non-catholic citizens to settle in a 500-meter radius from a fortification, Serbs, Cincars, Greeks, and Jews settled on the opposite side of Danube from Petrovaradin fortress, and 500 meters from the bastion that protected the pontoon bridge. They were the builders of the fortress, master craftsmen, merchants, and soldiers.
As most of these settlers were ethnic Serbs, the first name of this settlement was Racka varos – Serb city. Serbs were called Raci in western sources because the medieval Serbian ruling dynasty Nemanjici that have founded the Serbian state were first the rulers of Raska region.

The next picture is a detailed drawing of Novi Sad in 1698. with the main roads and streets, at the time.

Even a post office is marked somewhere around the corner of Zmaj Jovina and Dunavska street, as we can see in the zoomed-in part of the picture.

There are three main streets in the city: strait ahead from the bridge is the present-day Pasiceva street, on the road to Segedin, right is the present-day Zmaj Jovina street, on the road to Futog, and left the present-day Zlatne grede street, that goes to the bank of the marches.
We can also see these three main directions on the map at the beginning of this text.
The city was mostly situated on a ridge (called the “Golden beam”), slightly elevated terrain that was never flooded, as we can see on the following military map from the year 1697:

The settlements and fortresses are marked in red on the map.

THE CITY NAME CHANGES THROUGH TIME

The first few years Novi Sad was called Racka varos (Serb city), then at the beginning of the 17th century, it was officially named Petrovaradinski Sanac.
In 1698 ethnic Serb soldiers were settled here, and the Serbian Orthodox bishop of the Backa region was told to move the seat from Segedin, the administrative center of the region during the Turkish rule, to Petrovaradinski Sanac.
Also, the Habsburg monarchy established the Danube military frontier with the seat in Petrovaradin. The Catholic Bishop of Srem region was also moved to Petrovaradin.
In 1748 the citizens of Novi Sad, merchants and craftsmen, have bought the status of Free Imperial City from the Empress Maria Theresia, so she gave the city privileges and ruled on “renaming it Neoplantae (Latin), Új-Vidégh (Hungarian), Neusatz (German) and Novi Sad (Serbian)”

The Habsburg rule will last until 1918.

THE EDICT OF EMPRESS MARIA THERESA ON FEBRUARY 1ST 1748:

“We, Maria Theresa, by the grace of God Holy Roman Empress, Queen of Hungary, Bohemia, Moravia, Dalmatia, Croatia, Slavonia, Rama, Serbia, Galicia, Lodomeria, Carinthia, […] cast this proclamation to anyone, whom it might concern… so that the renowned Petrovaradinski Šanac, which lies on the other side of the Danube in the Bačka province on the Sajlovo land, by the might of our divine royal power and prestige…make this town a Free Imperial City and to fortify, accept and acknowledge it as one of the Free Imperial Cities of our Kingdom of Hungary and other territories, by abolishing its previous name of Petrovaradinski Šanac, renaming it Neoplantae (Latin), Új-Vidégh (Hungarian), Neusatz (German) and Novi Sad (Serbian)” 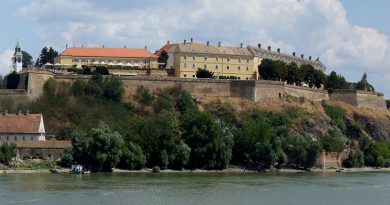 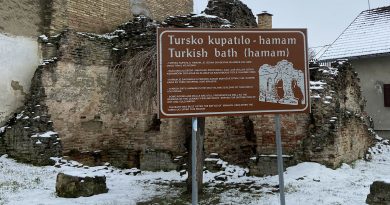