The two-story house was built in 1904, with a U-shaped floor plan, for the renowned stonemason Johan Schoeman. In 1907 the house was bought by Nikola Ivkovic, a church supplies merchant. In the 1930s in this house was located the Serbian Merchants Bank.
On the 1745 map of Novi Sad there was a rectangular-shaped house in its place.
The one-story house that stood in its place had sustained extensive damage in the 1849 Uprising bombing, sharing the destiny of most buildings in the city center, and it was reconstructed in the early 1850s. The width of the house wasn’t changed when the new house was built in 1904.

The blueprint of the house by Franz Voruda, was made in May 1903, in Wien, for the owner Johan Schoeman:

The house bears the features of the Historicism style, with a strong influence on the Art Nuova.

In this photo of Dunavska street taken during the great flood of 1876, we can see a one-story house on the same land lot.

This photo was taken in 1910, judging by the fact that we can see the powerlines, but the laying of the trolley tracks. We can see the shop of Nikola Ivkovic, a church supplies merchant, but just on the left side.

The next photo is an add from 1912, for the church supplies store, owned by Nikola Ivkovic. In the photo we can see that the store is expanded to the entire ground floor.

In this photo, taken in 1992, we can see the façade of the house after the reconstruction in the early 1980s, and in the right the kids store “Mendo”. It is similar to its present-day look.

The house has the original stone staircase, with a massive Toscany-style pillar, eclectic wrought-iron railing.

The house has two yard wings. The courtyard facade’s most prominent feature is the communication balcony, that connects all three courtyard facades, with decorative stone consoles and a wrought-iron railing. 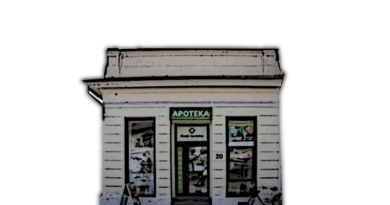 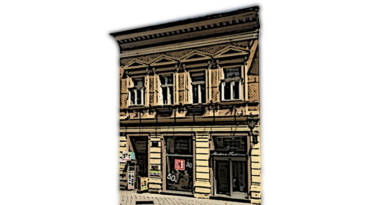