This two-story house, with an L-shaped floor plan, was built in the first half of the 19th century, on the cadastral lot number 1860, by design of the Baumeister Laurentius Fojhtner, for the owner family Josipovic. The house had sustained extensive damage in the Uprising bombing, sharing the destiny of most buildings in the city center, and it was reconstructed in the early 1850s. The street wing was so heavily damaged that it had to be rebuilt, while the yard wing was less damaged, so it was reconstructed.

The shop on the left was a renowned craft knife sharpener “Hosek” since 1910, for almost 100 years.

The shop was established by Ignjat Hosek, who came from Moravia with his craft knife sharpener’s cart, and he decided to get settled here in Novi Sad, in 1895. First, he worked from his cart, at the marketplace in front of the bishop’s palace, and soon he rented a shop at Dunavska number 10. In 1910 he moved the shop to this house, and it worked at this place until 2007. Today his great-grandson works in this shop, but after 2007 the shop had to be moved to the Dunavska 23 passage. Between the two world wars, the shop was manufacturing knives.

The blueprint of this house from the beginning of the 19th century shows us that the floor plan didn’t change much since that time. Also, on the cross-section, we can see that the rooms on the ground floor are vaulted, while those on the first floor are under flat ceilings.

This house bears the features of the Neoclassical style, with five symmetrical openings on the ground floor, in line with the first-floor windows.

On this photo of Dunavska street taken in 1907, we can see the facade very well and it looks almost the same as today, apart from the absence of decorations under the last windows on each side.

On this photo, taken in 1992, we can see the façade of the house after the reconstruction in the early 1980s. In didn’t change much, and we can see the craft knife sharpener’s shop “Hosek”.

On this color photo taken in 1995, we can see no significant changes compared to the previous one.

On this photo, taken in 2001, we can also see no significant changes compared to the previous one.

The house has a short right yard wing, but the communication balcony was removed.

The street wing of the houses has a double-slope roof, while the yard wing has a single-slope roof. It is covered with the original crown tiles and modern green shingles. 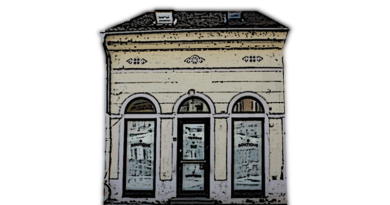 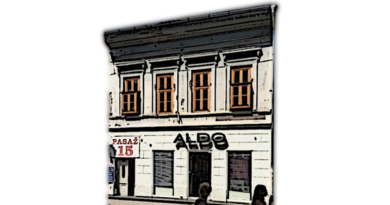